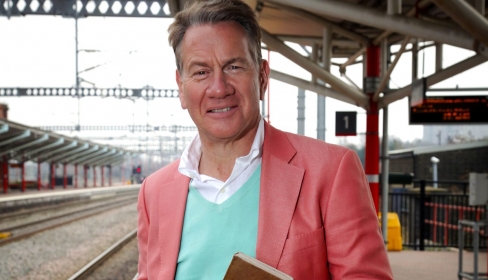 Michael Portillo is visiting the Langley Park Centre for the Performing Arts, based in Langley Boys School on January 28 2017

His one man show is on tour and he will be gracing us with his presence in January, for one night only!

Since leaving the house almost a decade ago Michael has endeared himself to many with  his obvious respect for solid workmanship and creative  energy, as found in our great Victorian Railways,  and the daily toil of the working man, as well as the underprivileged (Michael becomes a Single Mum) and the troubled (Death of a School Friend ). A historian at heart, listen to his extraordinary story and then feel free to question him about it.

His show is coming to Langley Park Centre for the Performing Arts, based in Langley Boys School on January 28 2017.