Submit Some News
Bond, James Bond Back At Vue Bromley
Posted on 03rd Mar 2020 By Admin 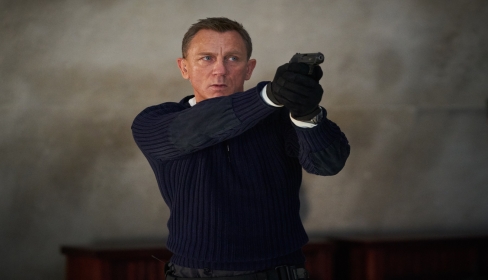 THIS April, 007 returns to the big screen for its hotly anticipated 25th instalment in the legendary spy series, No Time to Die, and tickets to see the film at Vue Bromley are now available to book.

Left with no choice but to quit retirement after being sought out by an old friend from the CIA, Bond is compelled to rescue a kidnapped scientist and follow the trail of a mysterious villain, armed with a dangerous new technology.

In the chapter that promises to change everything, Daniel Craig returns, reportedly for a final time, as Britain’s quintessential MI6 agent on Friday 3rd April – and tickets are on sale now.

Bolstered by an all-star cast across acting and production, Cary Fukunaga’s Bond Directorial debut is supported by the likes of Rami Malek, Ana de Armas, Léa Seydoux, and Ralph Fiennes on screen, as well as writing contributions from Fleabag sensation Phoebe Waller-Bridge.

Daniel Surridge General Manager at Vue Bromley, commented: “We’re enormously excited to be announcing the ticket sales of what will undoubtedly be one of the biggest films of the year.

“James Bond is an iconic character and series that has been special to film lovers all over the world for years. This year, it’s promising to be even better with a cast like never before.

“With Vue offering the ultimate seat, screen and sound in big screen entertainment, there’s never been a better time to watch Bond at the cinema and get lost in a great story without any distractions. We’re sure tickets we’ll be snapped up quickly, so we recommend booking early to avoid disappointment!”

Tickets for James Bond: No Time to Die are available at www.vue.com.